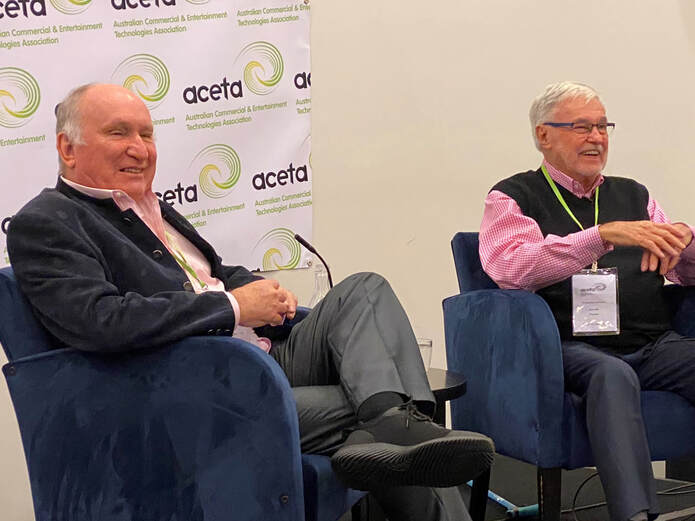 As our industry peak body, membership is an attractive proposition, coming with strength through representation, industry standards accreditation, and the market now preferring business partnerships with ACETA members.

The 2022 convention offered professional development sessions free of charge to members, along with the opportunity to discuss market conditions, business sentiment, and growth opportunities at a time of significant upheaval in our relativity small but extremely diverse industry.
ACETA is a body that can help shape change and lobby for (and against) laws pertaining to products and services.  A wider, united industry voice with more effective reach is necessary to positively affect policy makers to improve member conditions.

“From an organizational perspective most things went right given the overall intensity of the program, and this was undoubtedly due to the facilities, environment, the quality of presenters, facilitators and positive attitude of committed attendees,” said Frank Hinton, ACETA President
“After the long hiatus between industry events and our convention in particular, participants were clearly looking forward to being together in a neutral, non-commercial environment, but also ready to equip themselves and their companies for change moving forward. At the closing plenary there was an instant and unanimous vote to present the fourth ACETA industry convention in 2023 and at the same venue. For me the convention brings out the best in the industry, and it is most gratifying and grounding to be with friends and colleagues both old and new, which provides the impetus and ideas to deal with what lies ahead.”
​
Celebrating Excellence and Innovation
One of the best initiatives of ACETA is the acknowledgement and celebration of milestones in the  Australian industry, and on the 50th anniversary of the seminal Sunbury Music Festival, lighting pioneer Peter Evans was guest of honour to describe the birth of the festival and its international relevance at the time with insight into behind the scenes machinations and political forces.
“Australian Music for an Australian Audience on Australia Day” as it was promoted was put together anecdotally by “amiable eccentrics”.  Thank goodness it was, because when technology doesn’t exist, innovation takes over with none more startling than the invented practical theatrical lighting effects shown and described, and in particular the custom lighting console built to control it.  Inspired combinations included overhead projectors, coloured water pumps and liberal doses of ingenuity delivered a world class experience to musicians and festival goers alike.

Click here to purchase a copy of the Book 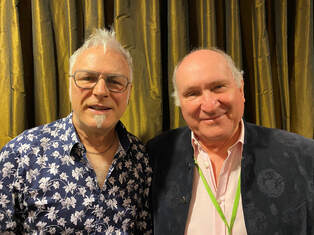 ​ In recognition that our industry doesn’t exist without end users and artists,  one of Australasia’s pre-   eminent musicians Roger McLachlan was asked to provide insights into his career with a view toward     his relationship with technology.  In a fascinating discussion, Roger (member of Little River Band,     Stars, and Pyramid plus a host of studio session credits) described various eclectic recording sessions     and touring experiences, notably the description of the events at Montreux Jazz Festival with Pyramid   and his involvement in the recording of the John Farnham hit song “You’re The Voice” where he wowed   the ACETA conference attendees with a live re-creation of the improvised bass lines, with of course   the intro lick that was recorded in one take and instantly recognisable the world over.
“My best advice is to be absolutely fearless and trust your instincts” – Roger McLachlan

David Bell – The Australian who left his mark on the International Audio industry
From humble beginnings in Sydney’s inner west cover band scene where he started out and later toured as an aspiring drummer, the ever astute David Bell recalled how he could never make a living out of that and moved into the sales arena for the late Maxwell Roberts at W.C. Wedderspoon, where he was involved in introducing AR, Bose, Eventide and other brands to the Australian market.

“I would listen to speakers, understand who would want them and go and talk to people” – David Bell

To the point of building and operating an anechoic chamber, this successful relationship eventually led to David founding a subsidiary manufacturer arm – Bose Australia. Success not only continued,  it soared, with this extension of Bose Corporation notably selling more per capita than anywhere else in the world.  This did not go unnoticed at head office where after seven years David was asked to move to Boston where he was asked to “do something with the Professional Products Division”.  David’s first office was the Electrical Riser, a reflection of the relative tensions between consumer and professional divisions at the time, but that soon changed as the professional division went from strength to strength, to a true industry heavyweight.

This incredible effort was followed by a two-year stint over on the west coast as Vice President of Sales at JBL Professional before moving into a start-up company - high quality satellite streaming music service Xtra Music as Director of Sales and Marketing (which was eventually purchased by DMX Music) where David became Vice President of Marketing for the group.

2002 saw David move back home to Australia as Director for Sales and Marketing at Jands and then to Syntec International as the Manager of the Professional Division until 2012.
More recent times have seen David begin a Business Mentoring consultancy, working with business owners in micro, small to medium in size, as well as a foundational role within ACETA to help write the Constitution.